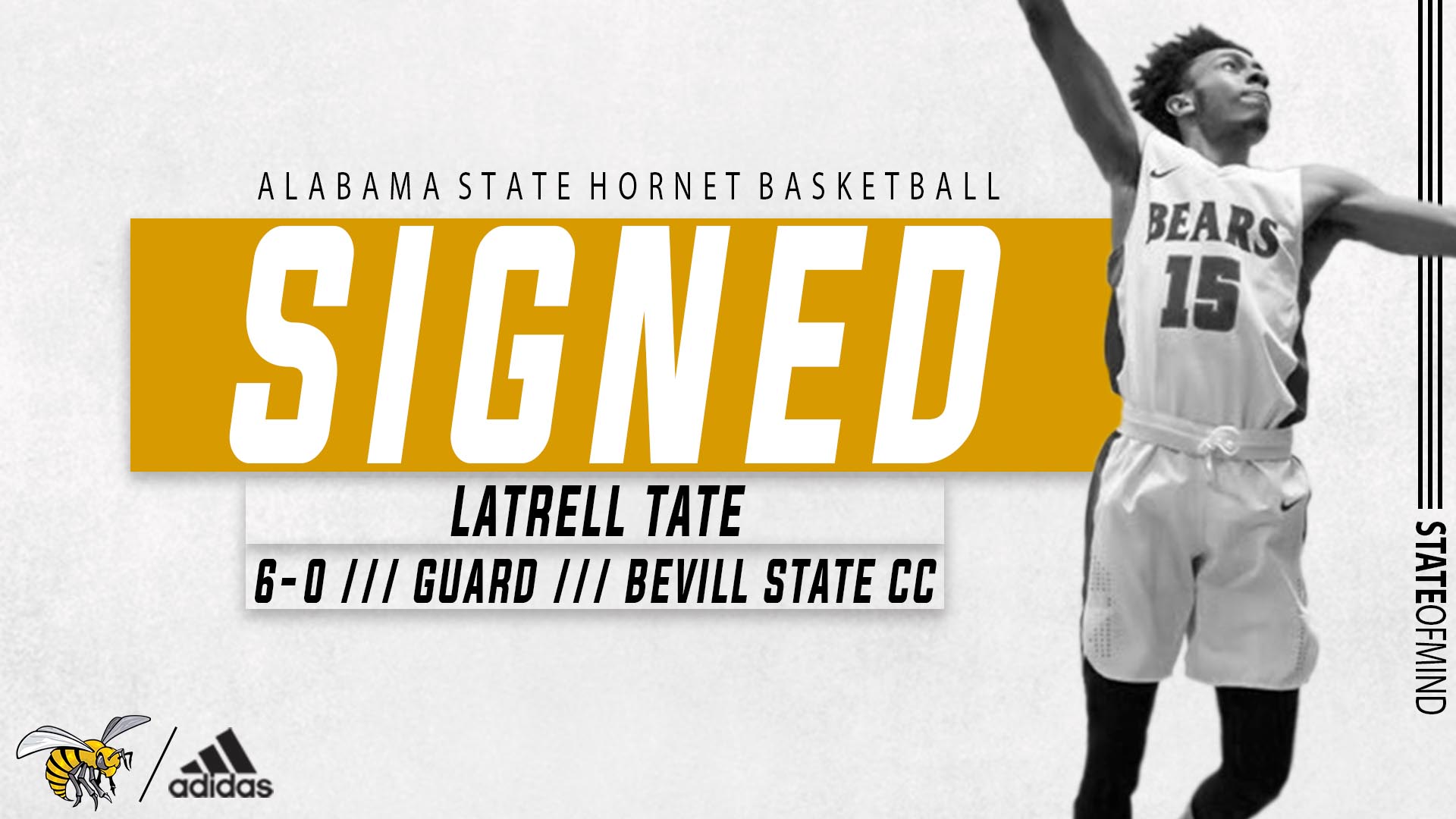 “Latrell is a scoring guard who has the ability to score at all three levels,” Williams said. “He is a high character individual who will bring a tremendous amount of winning spirit to our program. We are excited to welcome LaTrell to Hornet Nation.”

Tate comes to Alabama State from Bevill State Community College where he averaged 25.4 points per game in 29 games during his lone season earning NJCAA Honorable Mention All-American honors. He finished the season shooting 41.5 (222-of-535) percent from the floor and 41.3 (99-of-240) percent from beyond the arc during the 2019-20 season.

He finished the season connecting on 87.1 (195-of-224) percent of his free throws and dished out 68 total assists. He also recorded 42 steals, while pouring in 738 points last season. He scored in double figures in all 29 games last season and recorded 20-plus points in 23 of those. Tate also scored 30-plus points six times.