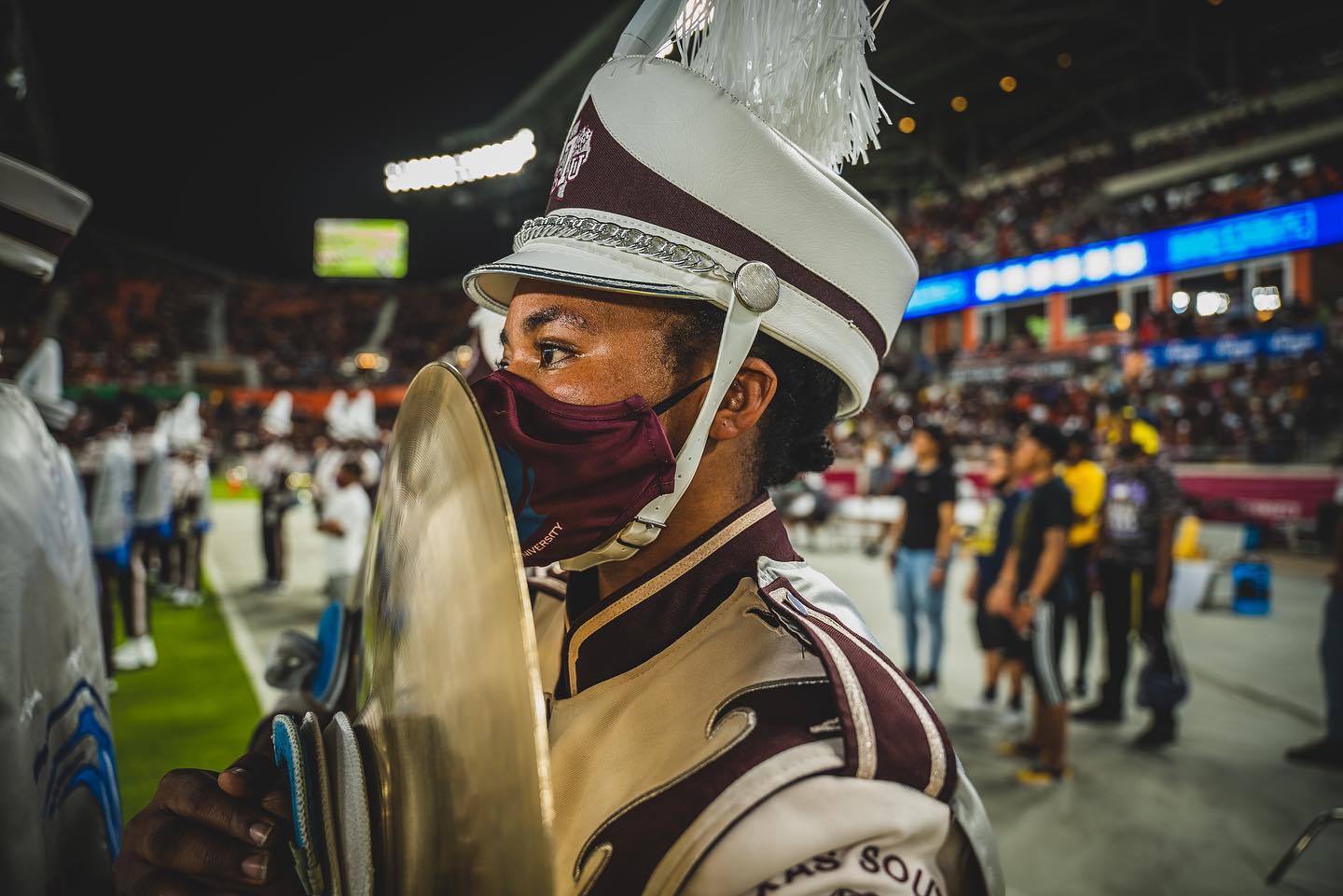 The Ocean Of Soul has been entertaining audiences around the globe for decades. This year’s edition has a bonafide prodigy at the helm in Brian Simmons. The future of the program looks bright.

Texas Southern’s “Ocean Of Soul” marching band is one of the SWAC’s pillars in terms of the conferences’ band history. Starting in 1969 under the direction of the now legendary Benjamin J. Butler II, the Ocean became the 2nd of two SWAC programs in the state of Texas.

The ocean has been bringing its unique brand of halftime excellence to the general public for decades. There was a great deal of excitement this off-season when Brian Simmons, a gifted arranger and part of the Southern University director’s tree, became the next director for the Texas Southern program.

Early results have been extremely positive with audiences, with the Ocean of Soul exhibiting a rich and powerful sound on the field and in the stands that belies their size.

That region of the country has four distinct programs, each of them having its own distinct history and traditions. Those rivalries with Southern, Grambling, and Prairie View are going to get even spicier with Mr. Simmons at the helm.

Check it out as the Ocean Of Soul faces off for halftime against the Human Jukebox of Southern University in the posted clip, courtesy of the Texas Southern Ocean of Soul media team!